Enlargement of the cave

During the public closing of the Atelier imposed by the evolutive health crisis in France, the craftslen at Fontaines Pétrifiantes de Saint-Nectaire launched into a new project by parthy widening the cave. 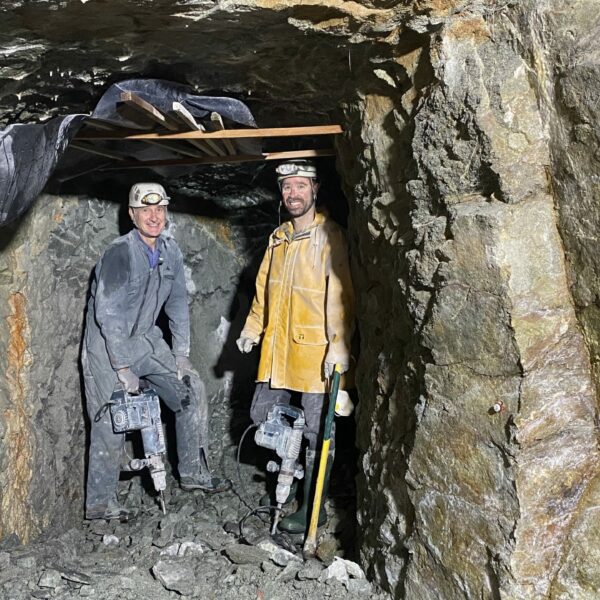 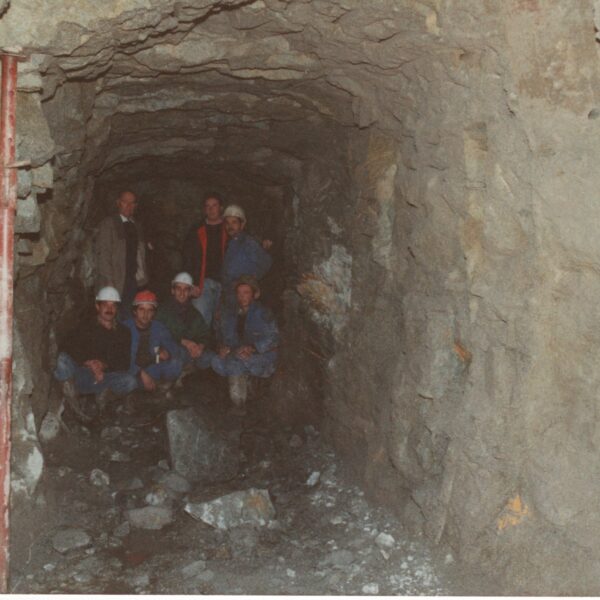 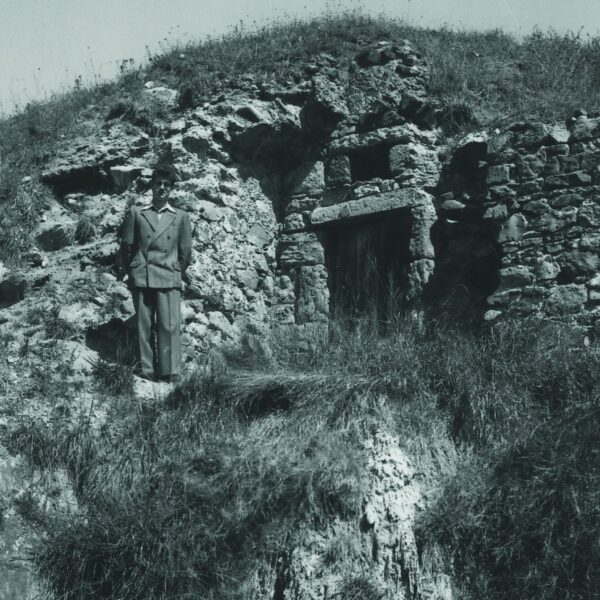 Exploring a new area of the underground galleries

As first stage visitors come across during the tour, the underground network includes notably an upper gallery with a large room now fitted up for visitors. In that cave-like room, the public may see the reservoir retaining the hot, calcium carbonate-rich springs before they get channeled away to the making tool, the petrifying ladders.

Those electric tools allowed the creation of projections into the rock and made the piercing easier. The craftsman, helped by his assistant, work intensively during about 6 weeks and finally cleared a surface of 4.5 square meters, having extracted 9 cubic meters of granite. In that new area the public may observe what the rest of the cave used to look like, before the rock faces got partly coated with calcium. After some time, those new rock faces also will be covered with calcite and new stalactites will form up.

Into the footsteps of his forefathers

That ambitious project brings Eric Papon back into the footsteps of his forefathers: the following generations who have taken over from one another at the head of the Atelier, have indeed maintained and developed that heritage.

The cave was initially dug out 200 years ago by Jean Serre. In the early 19th century, the founder of the Atelier whished he could return to the origin of the thermo-mineral springs that spurted out on his estate. He wanted to harness those springs, aiming at collecting their calcium to make artworks with it. Helped by his son-in-law Michel Papon and a few workers, Jean Serre began piercing galleries from granitic faults in the outcropping rock. After 50 years of relentless work, they achieved a network of 150-meter-long subterranean galleries. Using crowbars, burins, powder, sledgehammers, the workers managed to clear off the rock to discover the source of the mineral springs. In the galleries, those springs are chanelled away to the retaining reservoir in the cave then to the petrifying ladders.

In the eighties, Edmond-Michel Papon undertook to modify the tour so that visitors would have access to all the areas of the Atelier. Getting to the subterranean galleries is essential for everyone to understand the history of that geological heritage as well as the physical effort expended to dig the rock out in such considerable proportions. New piercings using dynamite that time, were necessary to create a loop-shaped tour. That first enlargement aimed at integrating a passage along the filtering gallery extending the visitor’s underground experience and completing his understanding of the petrification’s process.

Retrospectives and continuation of the project

The recent widening work achieved by Jean Serre’s 7th descendent occurred as a result of the sudden stopping imposed on his activity, unprecedented in the history of the Atelier.
More modern tools were used but just like Jean Serre, Michel and Edmond-Michel had experienced it before, that job remains painstaking and physical.

That ambitious project will be carried out further in the coming years, precisely during the annual closure. The craftsmen aim at creating in that subterranean area a huge room where the volcanic origin of the spring water will be more emphasized. Visitors will be able to approach the harnessing points of the termo-mineral springs very closely.

We shall keep you informed of the progress of that ambitious project! 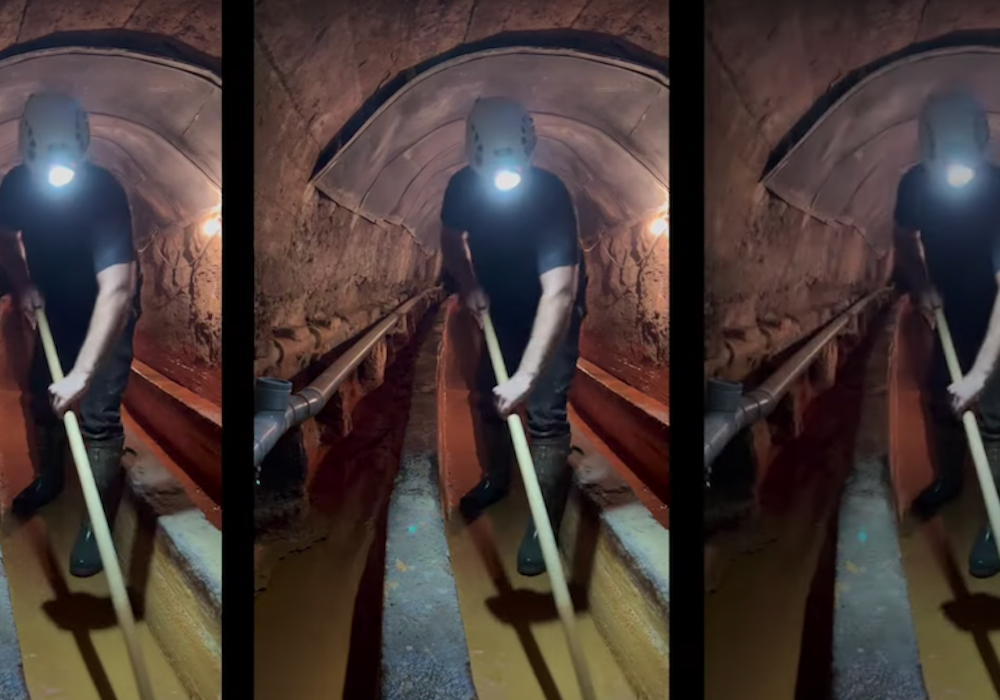 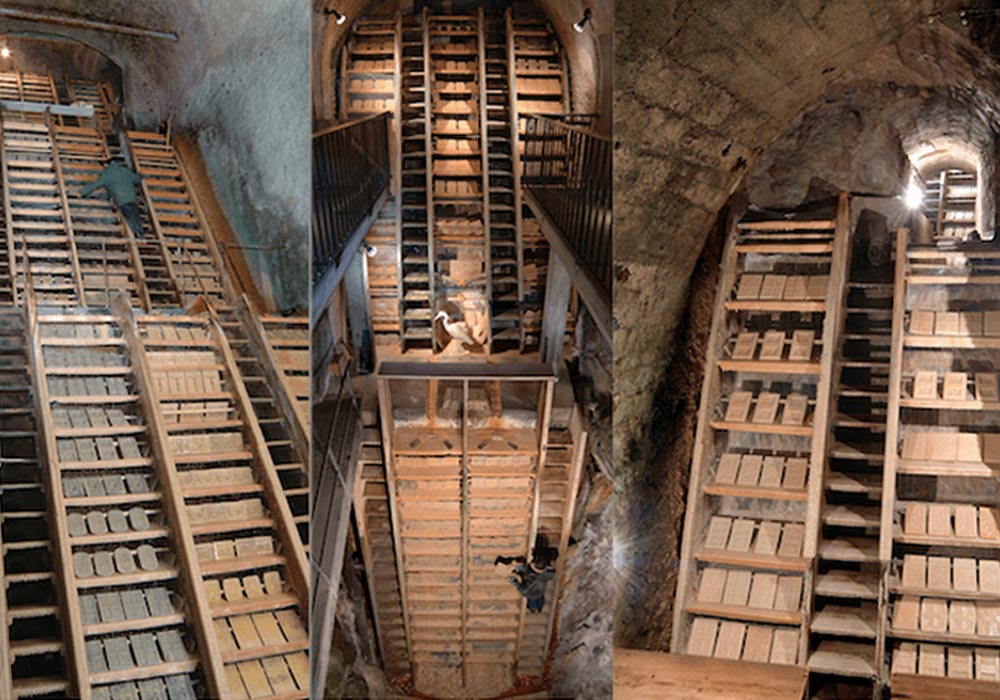